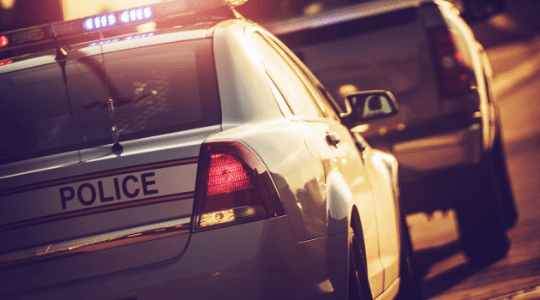 What you can do, say, and expect while being investigated for DUI

“Every breath you take, every move you make, every bond you break, every step you take, I’ll be watching you.” -The Police (and the police officer that stops you)

You’ve been pulled over and you’ve had a drink or three; now what? Here are some things you should consider before determining the best way to handle this type of stop:

1. The officer that stops you is looking for indications that you might be under the influence. He will be checking your eyes to see if they are “bloodshot and glassy,” he will be listening carefully to your speech to see if it’s “slurred and thick-tongued,” and he will be smelling for the “odor of an alcohol-based beverage.” Why did I use quotation marks around those phrases instead of describing them more generally? Because nearly EVERY police report for a DUI arrest uses those EXACT SAME PHRASES. The officer does not recreate the wheel every time he writes a DUI arrest report, he simply reuses old reports that worked in the past. These indicators, among others, are used to support a finding of probable cause to arrest you for DUI.

4. If the officer asks you to blow into a Portable Breath Test (PBT), that result will be used to prove “probable cause” for your arrest. I’ve watched many DVDs of dash-cam footage where the officer said something like, “I tell you what… I’m going to have you blow into this PBT real quick and as long as it comes back good I’ll let you drive, ok?” The only thing the officer is doing, once again, is building support for your arrest. He’s not looking for an excuse to let you go home; he’s looking for probable cause to arrest you.

5. You can refuse to do any testing, with the exception of the breathalyzer at the station, if you are being investigated for possible impairment due to alcohol. Please note, however, if you are asked to submit to field sobriety tests due to suspicion of impairment from cannabis use, your license will be suspended if you refuse.

6. If you are arrested for DUI, and you’re asked to take a breathalyzer at the station and you refuse, your license will be automatically suspended.How can the state suspend my license when I haven’t even plead guilty or been convicted? The way they get around it is through the concept of implied consent. Here’s the statute:

Sec. 11-501.1(a): or is in actual physical control of a motor vehicle upon the public highways of this State , subject to the provisions of Section 11-501.2, as evidenced by the issuance of a Uniform Traffic Ticket, for any offense as defined in Section 11-501 or a similar provision of a local ordinance, or if arrested for violating Section 11-401. If a law enforcement officer has probable cause to believe the person was under the influence of alcohol, other drug or drugs, intoxicating compound or compounds, or any combination thereof, the law enforcement officer shall request a chemical test or tests which shall be administered at the direction of the arresting officer. The law enforcement agency employing the officer shall designate which of the aforesaid tests shall be administered.

Whether you realized it or not, as soon as you put yourself in control of a motor vehicle on the public streets of the state of Illinois, you have already consented to testing to determine impairment. This is why when you refuse to take the breathalyzer at the station your license is suspended. Please note that this does NOT obligate you to perform FSTs or the PBT; this only deals with the official breathalyzer, and/or blood and/or urine testing.

This article is in no way intended to be, nor should it be construed as, legal advice and you should not rely on the information herein. I’m simply sharing some random thoughts and ideas, my experience, and I’m certainly not touching on every issue that is necessary to consider for any serious legal analysis.