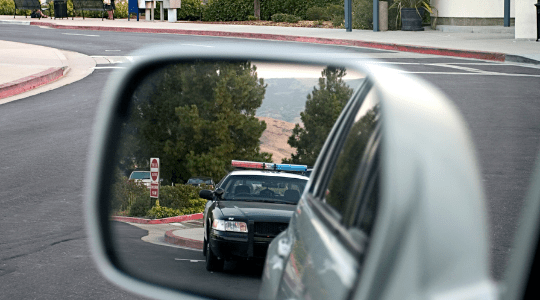 When can the police stop you?

Through the years, I’ve had more than a few people ask me what to do if the police stop you after leaving a bar and/or having a drink. The answer is fairly simple, but also fairly detailed, and I’m hoping that after reading my series on this topic, you’ll be better informed to make the right decision for you.

It is important to understand why the police have the authority to stop you. Their discretion to initiate a stop is not unlimited. In order for an officer to perform a legal stop, the officer must have “reasonable suspicion.” If that sounds a bit vague, you’re right. The courts have had difficulty defining this concept, and some judges have voiced their frustration in opinions concerning the issue. I have heard this concept confused many, many times with “probable cause” by attorneys and judges alike…

In People v. Hackett (2012 IL), the IL Supreme Court defined reasonable suspicion, at least partially, when it stated that “a police officer may conduct a brief, investigatory stop of a person where the officer can point to specific and articulable facts which, taken together with rational inferences from those facts, reasonably warrant the intrusion.” Well, that cleared it up, right?

You can think of reasonable suspicion this way: if the officer believes that you have committed a traffic violation, even if he is unsure if the charge would hold up in court, you can still be lawfully stopped. We’ll save “reasonable suspicion” vs. “probable cause” vs. “beyond a reasonable doubt “for a future article. For now though, just know that it takes very little to give an officer the right to stop your vehicle, e.g., rolling a stop sign, speeding 1 mph over, failing to signal, crossing the center line briefly, tag light out, and on and on.

What happens if there is NO reasonable suspicion and the police stop you?

Need help determining if your rights have been violated? Reach out to our office.

This article is in no way intended to be, nor should it be construed as legal advice and you should not rely on the information herein. I’m simply sharing some random thoughts and ideas, my experience, and I’m certainly not touching on every issue that is necessary to consider for any serious legal analysis.